We arrived in Stockholm on a grey, dreary morning, on the 6th of May 2015. Right after landing, the first thought that popped into my mind was: “again, I packed the wrong clothes”. Indeed, although I had prepared a suitcase full of clothes for various weather conditions, I mainly wore the heavy clothes, in several layers. The weather was beautiful, we were lucky enough to enjoy clear skies, sun and spectacular clouds, all in all good conditions for travel photography. But we also felt the northern cold in every sunless corner.

Energised by the politeness of the infopoint staff, we quickly made our way from the airport to the bus station and onward, to the local train station. An hour later, with scattered clouds and an increase in degrees Celsius, we arrived at the central station in Stockholm. It was then when I realised we had arrived in a metropolis, several metro lines connected at T-Centralen, platforms on 3 levels, signs all over the place and of course, crowds of people. One stop on the blue line to Rådhuset later, we arrived at Lodge32, the hostel which we would call home for the next week. Amenities were decent, given the living conditions in Stockholm, a city well-known for small apartments and high prices. Although the bathrooms were shared, it is fair to say the hostel was clean thanks to the attentive staff. To say the truth, the hostel was not fully booked during our stay, but we did get a preview on a Saturday, when a rowdy group of Russian children checked in, to the despair of the staff on the weekend shift.

Glad to know the accommodation was all sorted out, we made our way towards the dark facade of the City Hall, strolling on Norr Mälarstrand and observing the large numbers of young dads pushing strollers (many with twins), the laid back Swedish style and their passion for exercising in fresh air, regardless of their age.

The City Hall Park (Stadhusparken), quiet and nicely manicured, lured us right in. It is a good way to get acquainted to the surroundings and to understand how to get to the islands. Knowing we would return, we made our way to Riddarholmen, a staple of Stockholm with the tower of Riddarholmskyrkan, one of the city’s oldest edifices, unfortunately closed to the public. At the beginning of May, there were heavy construction and renovation works in progress, and the buzz was a sign they would be all done before the tourists arrived in the summer months.

Enchanted by the sun, we crossed to Södermalm and decided to make our way up to Monteliusvägen to see the city from above and to secure at least a few sunny shots of Stockholm. Chatting with locals, they confirmed the weather was fickle and moody, so we knew we had to make the most of every ray of sunshine. Monteliusvägen offered us a sublime view of the city we read so much about, the path to get there took us through picture-perfect spots and the climb was the perfect exercise to brush off the tiredness from the flight.

After a short run to the hostel, we rode the no. 7 tram to Nordiska Museet, to take advantage of the free entry for tourists on Wednesday afternoons. A huge wooden statue of King Gustav Vasa greeted us at the museum entrance. The museum is a good introduction to the Swedish culture and traditions, with diverse exhibitions and objects from the early 1500s to the present days. It was definitely worthwhile.

We strolled around Djurgården, enjoyed the golden afternoon light with views towards Strandvägen and got lost amid the chic houses of residential neighbourhood Djurgårdsstaden. In our usual style, although we were tired, we were also enthusiastic enough to stay a bit longer in the city, until the late night hours (and night time keeps you waiting in May, in Sweden). Empty streets were waiting to be discovered, all around Stromkajen and Skeppsholmsbron.

Thursday, 4 AM –  we understood why some hotel rooms in Sweden lack windows. Our room had a small one, but it was enough to realise it would be difficult to sleep late because of the light. Feeling a bit dizzy and sore in our feet, we headed to Gamla Stan, the old city centre usually crowded with tourists. It was nice to visit Gamla Stan bright and early in the morning, to enjoy the cobbled streets quietly as the city was slowly waking up and invited us to freshly brewed coffee and hot pancakes.

After discovering some Gamla Stan details which many miss, we headed to Slottsbacken, towards Skeppsbron Strömkajen, with its well known view towards Grand Hôtel Stockholm.

The weather seemed nice, so we slowly made our way to Kungsträdgården, where we observed “mass” fika, with hundreds of people relaxing under the cherry trees and serving a snack or a coffee, delighted by clear blue skies and the timid summer temperatures. It was once again, a real feast to feel so much energy and self-respect, without the hustle and bustle of a workweek day, like you would usually find in the centre of a metropolis.

Passing by the Arms Museum, we wandered streets lined with tall brick buildings and got to Nybroplan, where other Swedes were enjoying their fika. Temperatures were dropping, so after heading back to the hotel to add some new layers of clothes, we went to Katarinahissen. It became clear why it was a popular sunset spot. With some time left before the sunset, we decided to move forward towards Monteliusvägen and Skinnarviksberget. I was instantly drawn to that gorgeous, subdued spot, the underdog of belvedere places for tourists, but quite popular among young locals enjoying a beer and watching the sun go down. I would have liked to see the sunset there, but the wind was terrible and not my tripod’s best friend. So we quickly rushed back to Södermalm, all the way to Katarinahissen, sprinted on the steps and arrived just in time to catch the sunset, along with other enthusiasts. Because “blue hour” in Sweden really lasts for more than an hour in May, we got some evening shots around Stromkajen, Skeppsholmsbron, Gamla Stan and Strandvägen.

Friday morning – I could not believe it, the third consecutive warm and sunny day in Stockholm. Karlbergs Slott was our choice for a morning stroll, followed by some bus rides to get to Skinnarviksberget, where we sat and took photographs for quite some time, chasing the sun through the scattered clouds, with the whole city at out feet. Seeing the city from above was the theme of the day, so we got tickets to climb the City Hall Tower. Visitors were organised in groups of maximum 30 persons and there was a 35 minutes window you could spend in total, including climbing the steep stairs and walking through the narrow corridors. Even in that short time span, there was plenty of time for taking in the view and for photographs. There wasn’t any space for a normal tripod and we had to peek though the protective netting, but the view from the tower was well worth the effort.

We spent our afternoon on Fjäderholmarna, a wonderful island very close to Stockholm, which offered a bit of the archipelago atmosphere. We bought return tickets from the same operator (Waxholmsbolaget) and embarked the ferry from Nybroplan. The island was sleepy, with a handful of tourists, most of them stopping at the pub near the small port to enjoy a sunny afternoon. So we had the island pretty much to ourselves and explored every possible path.

The next day we planned a trip to Uppsala and Sigtuna and we were lucky with the sun, once again.

But Sunday…oh, it was bitterly cold and clouds were everywhere. Temperatures dropped by more than 10 degrees Celsius and it showed, Gamla Stan was rather empty. That did not stop us to watch the guard changing at the Royal Palace, although we were half frozen by the time it ended. We spent the rest of the day souvenir shopping and dodging the cold.

We tried to get to bed early, but failed, as always. After 2 hours of sleep, at 3 AM, we were ready to see the sunrise over Gamla Stan from Skeppsholmsbron. I cannot describe the freezing cold I felt that morning, layered up with all my clothes, including hat, scarf, jacket and gloves. But it was worth it, not to mention the only photographer keeping us company had a vintage bellows camera. A rare and classic sight.

We got back to the hostel with the first metro at 5.30 AM and scored a few extra hours of sleep. By noon we were in Skansen, the first open-air museum in Sweden, founded by Artur Hazelius, who also founded Nordiska Museet. Although we were on the fence about visiting, it turned out to be quite enjoyable, not too commercial or artificial. Located on Djurgården island, Skansen is the place to see how Sweden was like before industrialisation. You could even buy farming tools, wooden, glass of iron objects, all manufactured right in front of your eyes, as well as food in vintage packaging. Many of the employees recreate life as it was 50 years ago, in the houses open for visiting. Skansen also has a spacious zoo worth seeing. We spent around 5 hours in Skansen and did not get to see all there was to it.

We later hopped on a regional bus to Norrtälje and spent the evening there. Once again, we were impressed by the efficiency of the transport networks in Sweden.

Our last day in Stockholm entailed a change of plans because of the weather. We really wanted to visit a farther island of the archipelago, but decided to cancel due to the stormy clouds and went by ferry to Drottningholm Palace, a UNESCO heritage site and the private residence of the royal family. The site includes a baroque garden, an English garden, a Chinese pavilion, a theatre and a church.

We talked to other locals and chose to spend our last hours in Stockholm in cosy and warm museums. First we finally got to the well documented Medieval Museum, which we recommend if you are interested in the historical aspects of the city. We then got to the small and modern Nobel Museum, a fascinating insight into the stories of the Nobel laureates and also the fascinating life of Alfred Nobel.

We said our goodbyes to Gamla Stan as it was lighting up for another evening and we headed to the airport the next morning, only to feel sad we only got to spend a week in this vibrant city. 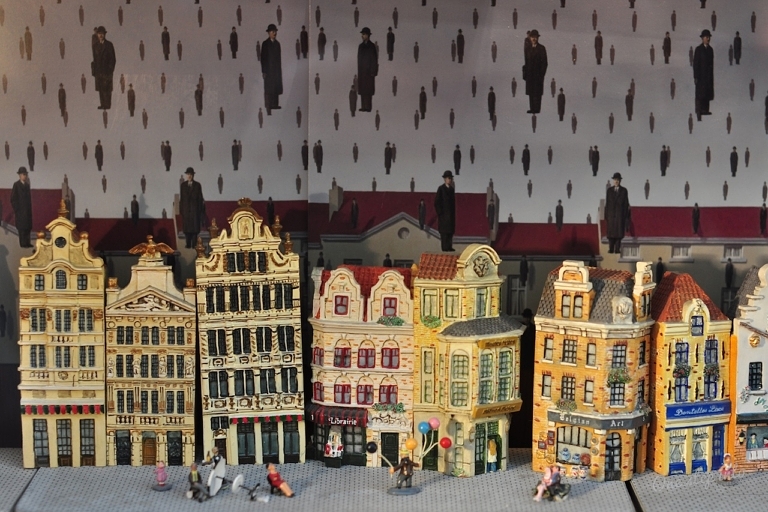 What to see and do in Brussels

Brussels – we all hear so much about it – Belgium’s capital, EU’s administrative capital, beer and chocolate heaven and [...] 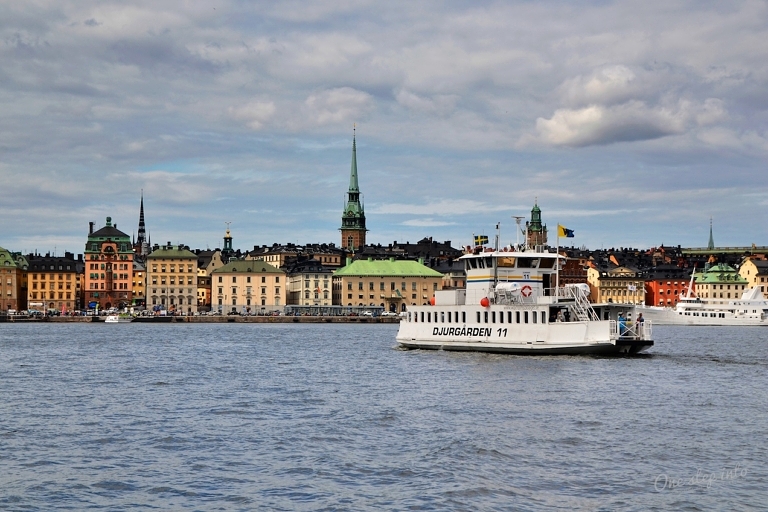 International transport In our usual manner, Stockholm was a spontaneous choice. The opportunity presented itself when TAROM (our national company) [...] 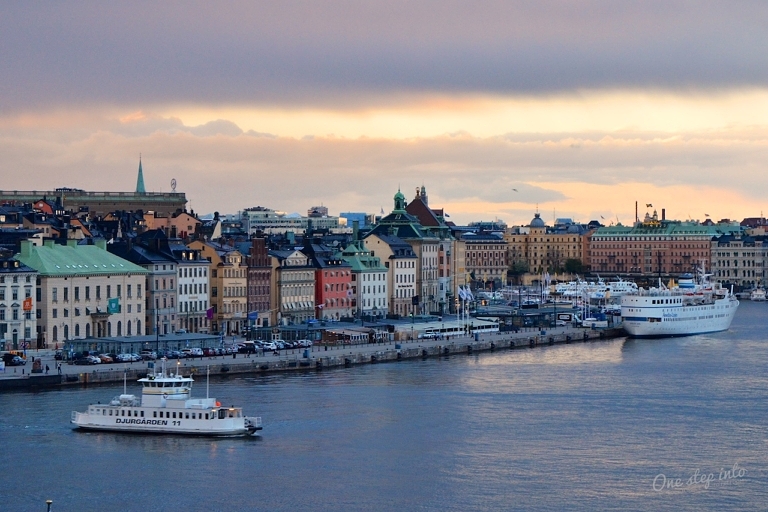